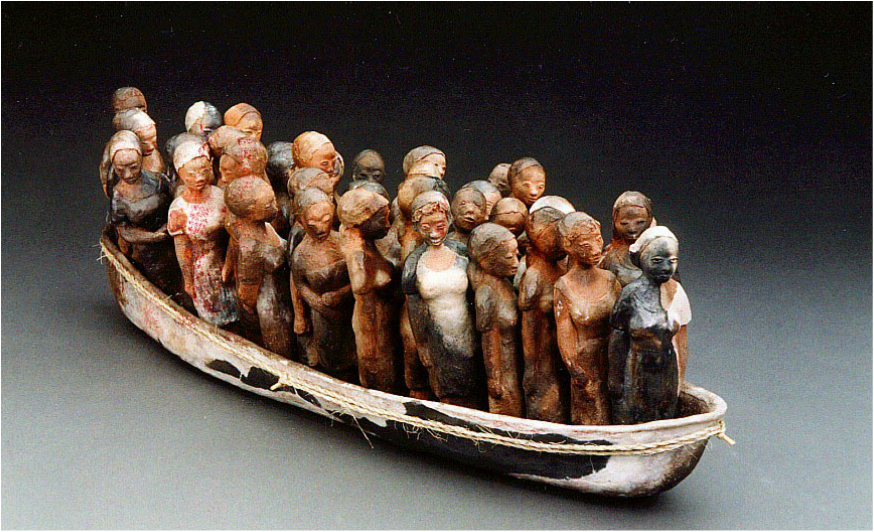 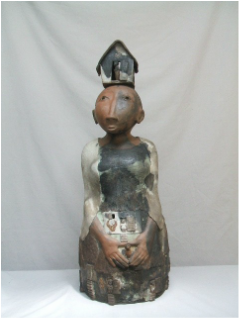 Se Lakay Ki Kraze
Babette’s work is exhibited extensively. As a youth, she exhibited at the Centre d’Art of Port au Prince, Haiti.  In the United States, her work has been shown in Baton Rouge, Atlanta, Washington D.C., Chicago, Iowa and North Carolina. In Wisconsin, her paintings have been shown, both in solo and in group exhibitions, in Milwaukee, Appleton, Green Bay, Spring Green, and in numerous venues around Madison.

​In 1998, she discovered the pleasure and power of expressing herself with clay, making sculptures which are informed both by her African roots, and by the work of the pre-Colombian people of Haiti, the Arawaks. In 2000, she earned an MFA in Ceramics at UW Madison. She has since been working in both mediums, using the female image as a vehicle for conveying her sense of uprootedness, and her spirituality.

​Over the years, Babette has been honored with various grants, and a fellowship from the Wisconsin Arts Board. In 2011, she was awarded second prize at the “15th International Open” at the Woman Made Gallery, Chicago, IL. In 2010, she was selected for the Wisconsin Triennial exhibit at the Madison Museum of Modern Art. She received the 2001 NCECA Merit Award for her ceramic sculpture “Low Tides”. Babette’s work is in various collections around the world.